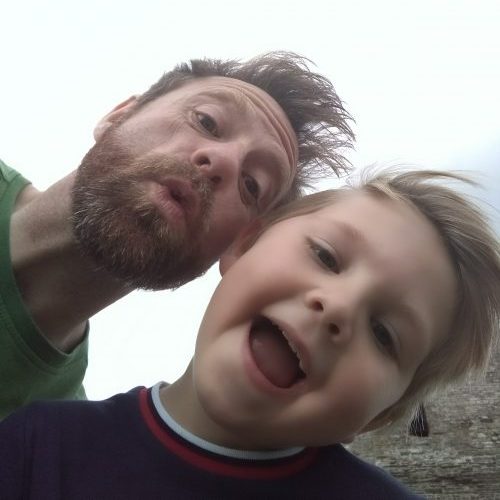 Been riding MTB pretty much since the phrase was invented in the early 90s, as you can imagine I’ve seen a lot of fads come and go, and some stick around.  Believe it or not we used to do everything on 1 bike, and it was rigid.  Anyway, I love the sport and being able to get out there has seen me through some tough times.  I had a break from the sport for a few years around 2012-2015 when I was an out and out XC rider.  When I got back into it I picked up the Cube hardtail, but realising I missed riding DH I was pleased to see the development in bikes and tech that led to the Enduro discipline (if you believe in buzz words) and found I fit right into this philosophy.  The big old Mega is now my go to bike.

I’ve done a few races of various formats with very mixed results, but the real enjoyment is riding alone or with mates in the Welsh landscape.  I rarely get beyond Wales for obvious reasons, it’s just too good.  My 6 year old boy is also getting into it and getting on well and I can’t wait until he can take on some bigger stuff with me, but he loves a skills area.

It would be rude not to mention #DirtJunkiez whom I normally ride with, although I have been known to drift around and enjoyed riding with some of the NNS boys at the 2018 MTB Meet Up.  Give us a follow on Twitter, and if you’re ever over this way, lets ride!